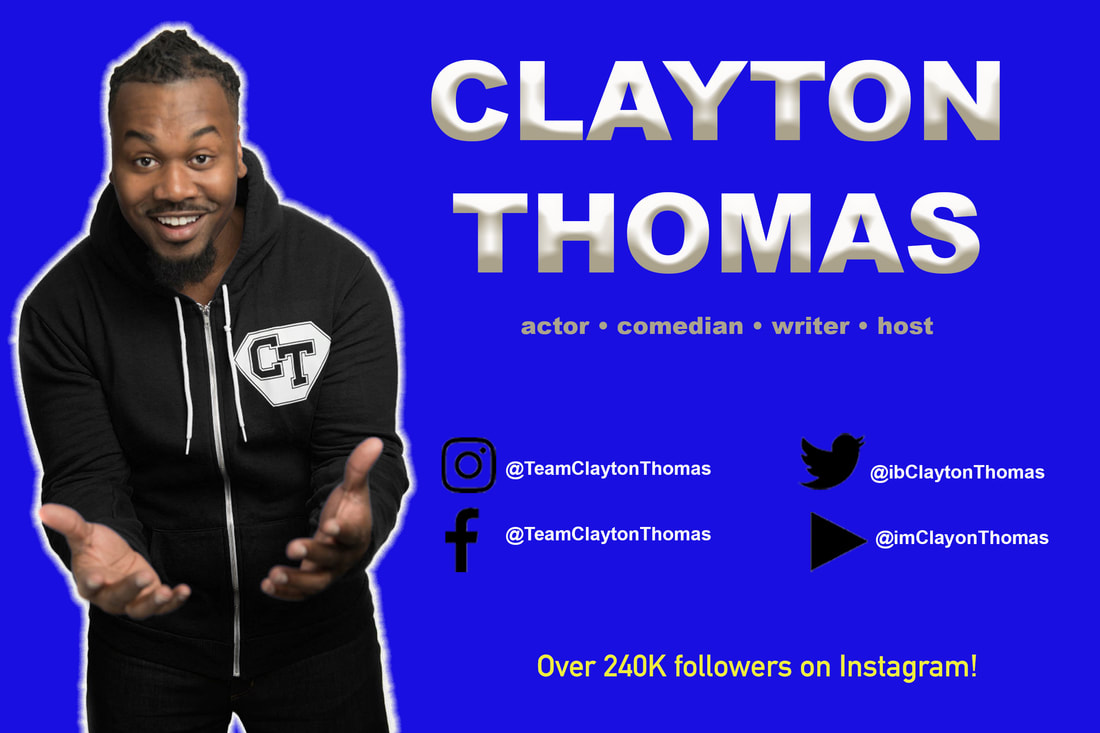 Clayton Thomas  ("CT" for short) is known for turning a a comedy show upside down. When he gets on stage, he has one goal, ROCK THE ROOM!! He’s a 15 year comedy veteran winning over audiences worldwide. It doesn’t just stop at stand up,  though, as he conquers the TV screen as well. CT has served as writer and actor on Bounce TV's hit sitcom FAMILY TIME for 7 seasons. And has appeared on MODERN FAMILY, SUPERIOR DONUTS, INSECURE, UNCLE BUCK, and was the premiere comedian on the newest season of HBO's ALL DEF COMEDY! He ghost writes for some of the biggest names in comedy, and is currently on the road with Martin Lawrence.

In his spare time CT writes, produces, and stars in hilarious content for his social media, where he has over 1million followers across all his platforms. He prides his city of Detroit for giving him the hunger to succeed. It doesn’t matter if he’s performing on stage, writing jokes for himself and others, acting on set, or hosting his podcast, CT is well on his way to proving that he’s one of the best in the business past or present. 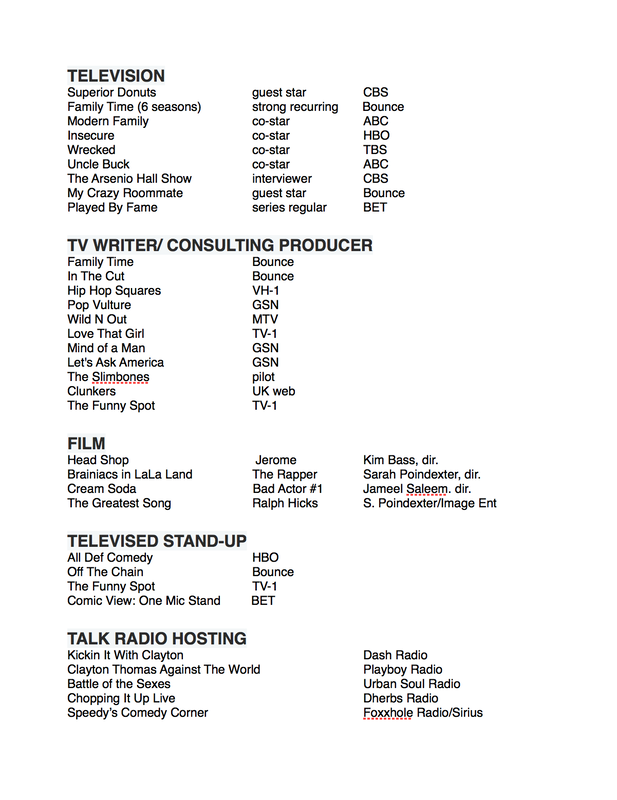 FAVORITE FOOD - pizza or a tuna melt with bacon

PET PEEVES - Ahhhh, I have so many! its tough to narrow it down.